We are in the middle of a climate emergency

It’s not too late. But it will be soon.

The Green Party has a climate emergency response plan that recognizes our house is on fire. Greens are the only party in Calgary Confederation with a plan that will work towards cutting 60 per cent of our emissions by 2030.

Current targets are not enough

The current federal target is a 30 per cent reduction in greenhouse gas emissions below 2005 levels by 2030. This was set by Conservative Prime Minister Harper in 2015 and adopted by Liberal Prime Minister Trudeau in 2016.

Not only is this too low, the Liberal and Conservative climate action plans will not even achieve that insufficient reduction, let alone the target that climate scientists say we must meet.

A climate plan based on science

Climate scientists tell us that if the world does not hold global warming to no more than 1.5 degrees C global average temperature increase above the 1850 baseline we risk triggering runaway heating and a climate catastrophe.

To meet this goal of a 1.5 degree C warming, we need a 60 per cent cut in emissions. This is the real target.

A Green government will pass into law a Climate Change Act requiring a 60 per cent cut in climate-changing emissions below 2005 levels by 2030, reaching net zero in 2050.

It’s not too late to start

But we need to start right now.

Together, we can tackle the climate crisis

Natalie is the only candidate in Calgary Confederation that has a climate action plan with real targets that can achieve real change.

Every vote, every lawn sign and every donation gets us one step closer to starting this plan. 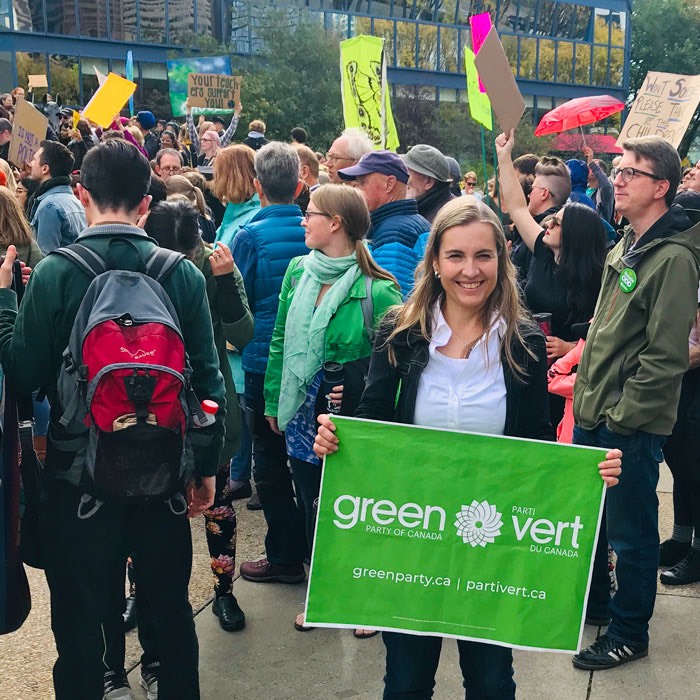 On October 21, join us in voting for climate action.

Every sign sends a message: you want climate action now.